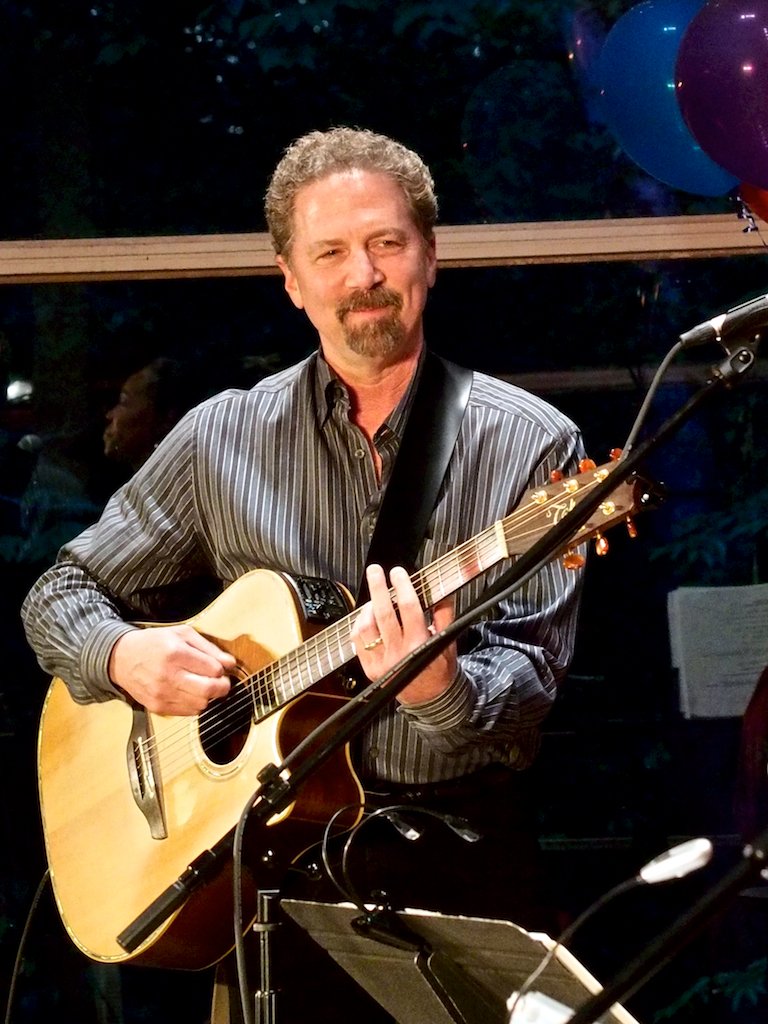 He has that rare, versatile ability to create music and sound to picture, script, and library for TV, film, Internet, advertising, and musical theater… for other singers and recording artists… and for himself as a singer/songwriter/producer and recording artist.

Andy has won 13 Emmy awards—including an unsurpassed three in the Outstanding Original Song category.  The others are for his original scores as a composer, his audio-post sound design and production, and his work as a music director/supervisor in the category of Music Direction and Composition for dramatic productions.  He’s composed and supervised for dozens of TV broadcasters and media clients, including ABC, CBS, NBC, PBS, Fox, ESPN, MTV, NBA-TV, HBO, Disney, Discovery, Reader’s Digest, WSOF, A T & T, and more.  He spent 15 years at ABC’s “All My Children” as a staff music director/composer/Directors Guild AD–and leading contributor to five Emmys as a member of the distinguished AMC music composing/directing teams.  Prior to that, he worked in a similar capacity for the daytime drama “Guiding Light” for 8 years, and as the co-composer and music supervisor for the “Cosby” sitcom.

Andy is the creator and CEO of Future Hits–an unsurpassed collection of independent music available for licensing to the visual media.  Along with Axe & Gavel LLC partner and attorney for FH Kenneth (“K.J.”) Anand, and co-publisher Spirit Music Group, Future Hits and Andy’s library businesses have been responsible for over a thousand cuts in film, TV, advertising and Internet in the last ten years.

In a little over a year since launch, FH’s pre-cleared and custom-curated catalog has already been placed in some exceptional spots for a music library: national broadcast commercials for Kmart (one, the online video going viral with over a million YouTube views); wide-release feature films such as “Mall Cop 2” and “Spy” (which also included the featured song on the film’s album soundtrack); hard to reach hit TV shows such as “Empire“; and other major studio/broadcast/cable/advertising/VOD streaming clients including CBS, NBC, Fox, Viacom, Sony, WB, Netflix, Tecate, and MTV.  With a roster of 150 killer songwriter/producer/recording artists, and an obsessive dedication to client service and satisfaction, Future Hits delivers on its slogan and promise:  “The Greatest Songs You’ve Never Heard.”

Gundell’s above-mentioned versatility is evident in the range of some of his music and audio products and services currently in the market.  He’s the composer and producer, along with K.J. and Batya Diamond, of the Main Title theme for the “World Series of Fighting,” the mixed martial arts program and continuing series airing on the NBC Sports Network and NBC.   “Prayer” is a songwriting collaboration with South African #1 recording artist James Stewart and Nobel peace prize winner Archbishop Desmond Tutu, co-composed by Gundell/Stewart and Grammy award winner Julie (“From A Distance”) Gold, for the Tutu AIDS Foundation. “English 20” is an audio/video English language learning product and software for Reader’s Digest, for which Andy composed an original music score, recorded 25,000 lines of audio VO, produced the sound design and final mix, and created 12 hour-long companion CD’s–all from his state of the art ProTools recording facility.

As a performer and recording artist, A.J. has produced a compilation of his greatest TV hits called “Love On The Air,” released as a CD by PolyGram/Universal and as a songbook by Cherry Lane Music, as well as his own independent releases.  His album, “Collection,” was called “a hidden treasure” by legendary rock ‘n roll DJ Pete Fornatale on his WFUV show “Mixed Bag,” and is available on the web via CD Baby and iTunes—as is the AJG-produced CD for his band Exit 43.  He was the vocalist for two of his three Original Song Emmys.  His music has been recorded by such classic and contemporary country-recording artists as Kathy Mattea, Crystal Gayle, and Don Williams.  A.J. has also played live for many years, opening solo for such notables as Janis Ian, Richie Havens, Lesley Gore, Marshall Crenshaw, and Jose Feliciano, and now continuing primarily with the band he started in college, yes 40 years ago and still going strong, The Helium Brothers.