Does Your Scene Come Alive?

As children’s writers, we hope to pull our readers into a story and keep their interest from start to finish. One important tool for achieving that goal is called “show; don’t tell.” By showing what characters experience moment-to-moment, we help readers feel like they are THERE with the characters, sharing the experience. “Show; don’t tell” helps us write lively scenes rather than just giving readers a bland list of facts or background information about characters, settings, and events.

Here’s an example based on one of the writing exercises I use in my workshops. The first is a series of fact statements that lack “show; don’t tell”:

Inside the Traynor home, 11-year-old Jason was working on his school science project. The project was due the next day. Jason had not planned ahead and didn’t have the materials he needed to finish. He was worried. Meanwhile, his younger sister Tara was having fun with her friend. They were moving around and making noise. Jason told her to be quiet. Their mother wanted them to stop quarreling. She wondered if Jason would finish his project on time.

Jason stared at the mess on his desk and sighed. I’ll never finish this by tomorrow! he thought. I’ll be the only fifth-grader without a science project. If only he had bought enough yellow paint and extra glue. He stood up and opened his bedroom door. His stomach felt jittery. Maybe a snack would help.

Out in the hall, Tara and her friend were jumping around, hooting and hollering. A guy couldn’t even think with all that noise! “Can’t you be quiet?” he scolded his sister.

“You’re not my boss!” Tara retorted.

Mom hurried down the hall, frowning. “What’s going on?” she asked in her no-nonsense voice. “Jason, how are you doing with that project?”

Notice the difference. The basic facts are the same, but the second version is much livelier and draws readers into Jason’s experience. The second version contains dialogue, an important element in “show; don’t tell.” Readers can hear the characters’ voices, which is more interesting than just hearing about their interactions second-hand. 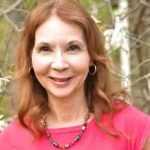 Victoria Sherrow teaches Writing for Children and Teens at the Fairfield County Writers’ Studio. She is the author of more than 100 books for children and teens, including fourteen picture books, published by Harper, Macmillan, Scholastic, National Geographic, Golden Books, Henry Holt, and others. She has also written numerous short stories, articles, poems, and activity books for different age groups. Learn more about Victoria here.